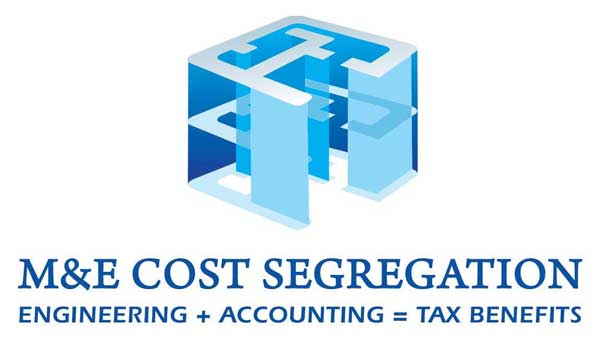 The Tax Cuts & Jobs Act of 2017 (TCJA) was the most extensive overhaul of the tax code in three decades. Along with creating a single corporate tax rate of 21%, several other changes affect businesses.

The new bonus depreciation rate is 100% for assets with a 20-Year tax life or less. The 100% bonus depreciation rate will affect new and used property placed into service through December 31st, 2022. For purposes of the 100% additional first-year depreciation deduction, the depreciable property will meet the requirements if the property is acquired/constructed by the taxpayer on/after September 28th, 2017, but only if no written binding contract for the acquisition of the property was in effect before September 28th, 2017.

For qualifying new construction and/or purchased properties placed into service on or after September 28th, 2017, the total impact of a cost segregation study will be realized in the first year of ownership (previously it took six years, or more, to derive the full benefit of a study).

The law allows full expensing of short-lived capital investments rather than requiring them to be depreciated over time—for five years—but phase the change out by 20 percentage points per year after that.

Certain Real Property assets will be eligible for 179 expensing.

This will include improvements to:

To be eligible, these improvements must be made to a non-residential property after the building was first placed into service.

Section 179 expensing has also been expanded to include tangible personal property used to furnish lodging.  This includes appliances and furniture that are used in hotels, apartment buildings, and student housing.

What Will Not Change

Even if the requirements explained earlier are met, you cannot take the section 179 deduction for property:

From 2018 onward, the following have been replaced by Qualified Improvement Property (QIP):

The most significant impact of the new Qualified Property rules is on Restaurant property.  The new rules will require Restaurant buildings to be depreciated over 39 years (instead of the previous 15-year QRP property).  Interior improvements that are non-structural and placed into service after the building was placed into service can qualify as Qualified Improvement Property (QIP) with 15-year treatment and bonus eligible.

As previously mentioned, the tax rates for corporations have changed to a flat 21%.  The previous corporate rates ranged from 15% to 39%.

Owners of pass-through entities such as Sole Proprietorships, Partnerships, LLCs, S-Corporations, Estates & Trusts will now have the ability to deduct 20% of their Qualified Business Income (QBI).  However, there are limiting conditions.

Suppose the business is a specified service business and taxable income exceeds the income limitation. The phase-in range equals $207,500 for individual taxpayers and $415,000 for married taxpayers filing jointly. In that case, the deduction is lost completely.

The Tax Cuts and Jobs Act (TCJA) changed the NOL rules, as well. It:

Cost segregation studies can increase NOL’s by increasing depreciation deductions from income and creating more considerable losses.  Cost Segregation Studies can be completed for retroactive years in what is commonly called a “Look Back” study.

To take advantage of the provisions under the CARES Act, taxpayers should file amended and original tax returns by October 15th, 2021. Deciding to forgo the carryback is irrevocable.

Should I Worry if I am Audited?

Should I worry if I am audited? Like other tax records, cost segregation studies are subject to IRS audits.  Therefore,...

What is Qualified Leasehold Improvement Property

What is Qualified Leasehold Improvement Property Bonus depreciation is one method of accelerated depreciation, often called a “special depreciation allowance,”...

Common Cost Segregation Questions: Depreciation. The concept of depreciation is crucial to your cost segregation strategy. Even if your property...